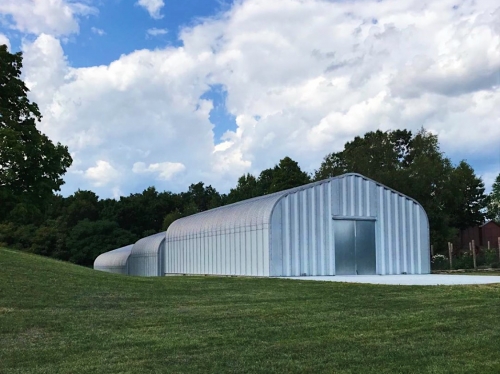 For its fall installation at ArtFarm Chambers Fine Art is pleased to announce Highlights, an installation of works by contemporary Chinese artists of different generations that have played an important role in the trajectory of the gallery over the least twenty years. Since 2007, the austere steel-clad building that was designed by Ai Weiwei has served as the nerve center of the gallery at its different locations in New York and Beijing. Appropriately, the visitor is greeted by three examples in different colors from Ai Weiwei’s Study of Perspective in Glass, 2018, the most recent manifestation of the famous gesture of disrespect that first appeared in his work in photographs taken in 1995 and has since acquired a life of its own. Dwarfing the casts of the artist’s hand is the monumental Buddha Finger, 2006 by Zhang Huan (b.1965), an enlargement of one of many fragments of Buddhist sculpture damaged during the Chinese annexation of Tibet that Zhang Huan discovered on a previous visit to the country. Spilling from the interior of the bronze are rolls of linen, referring to Buddhist scriptures often found inside sculptures. 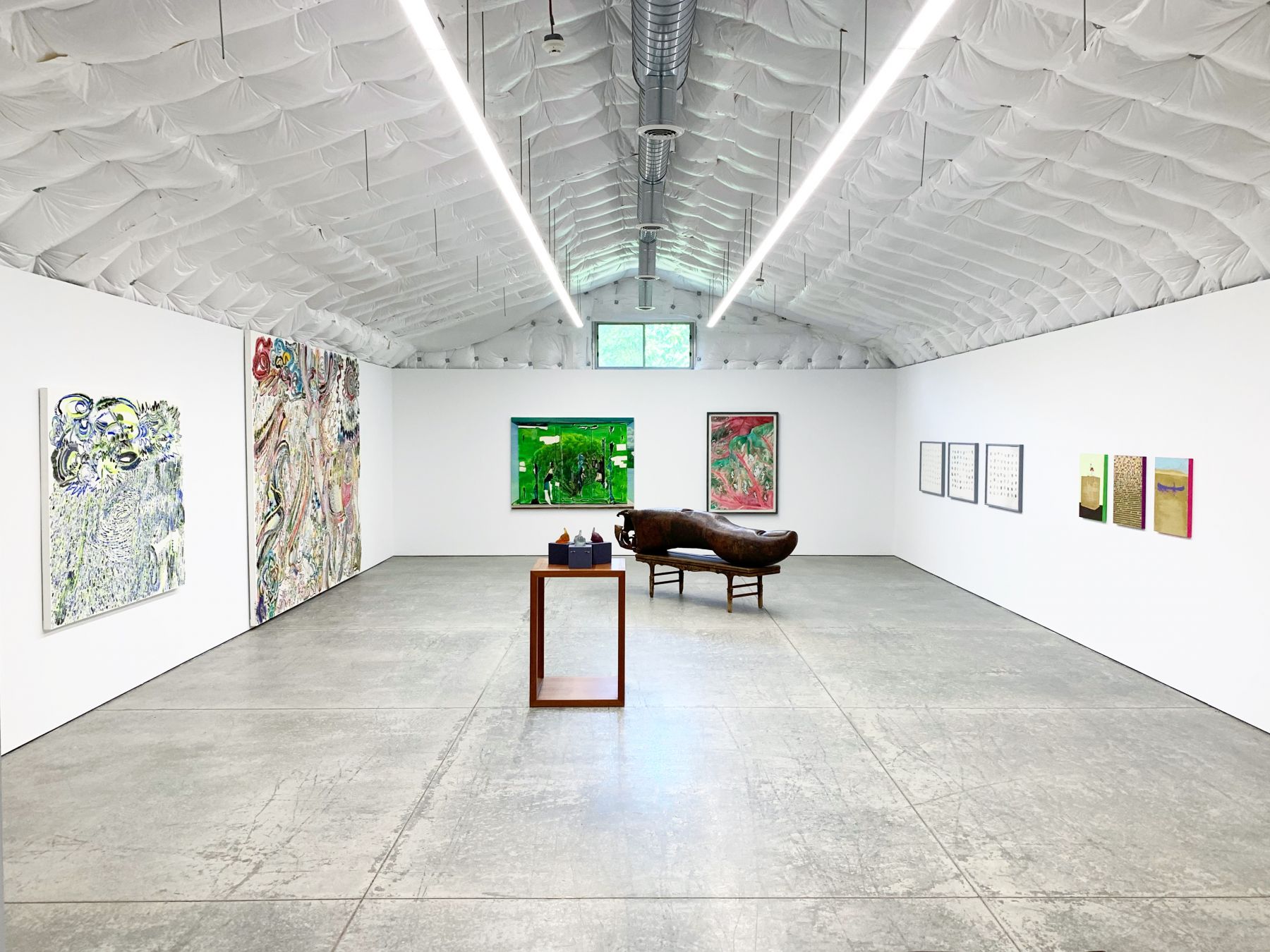 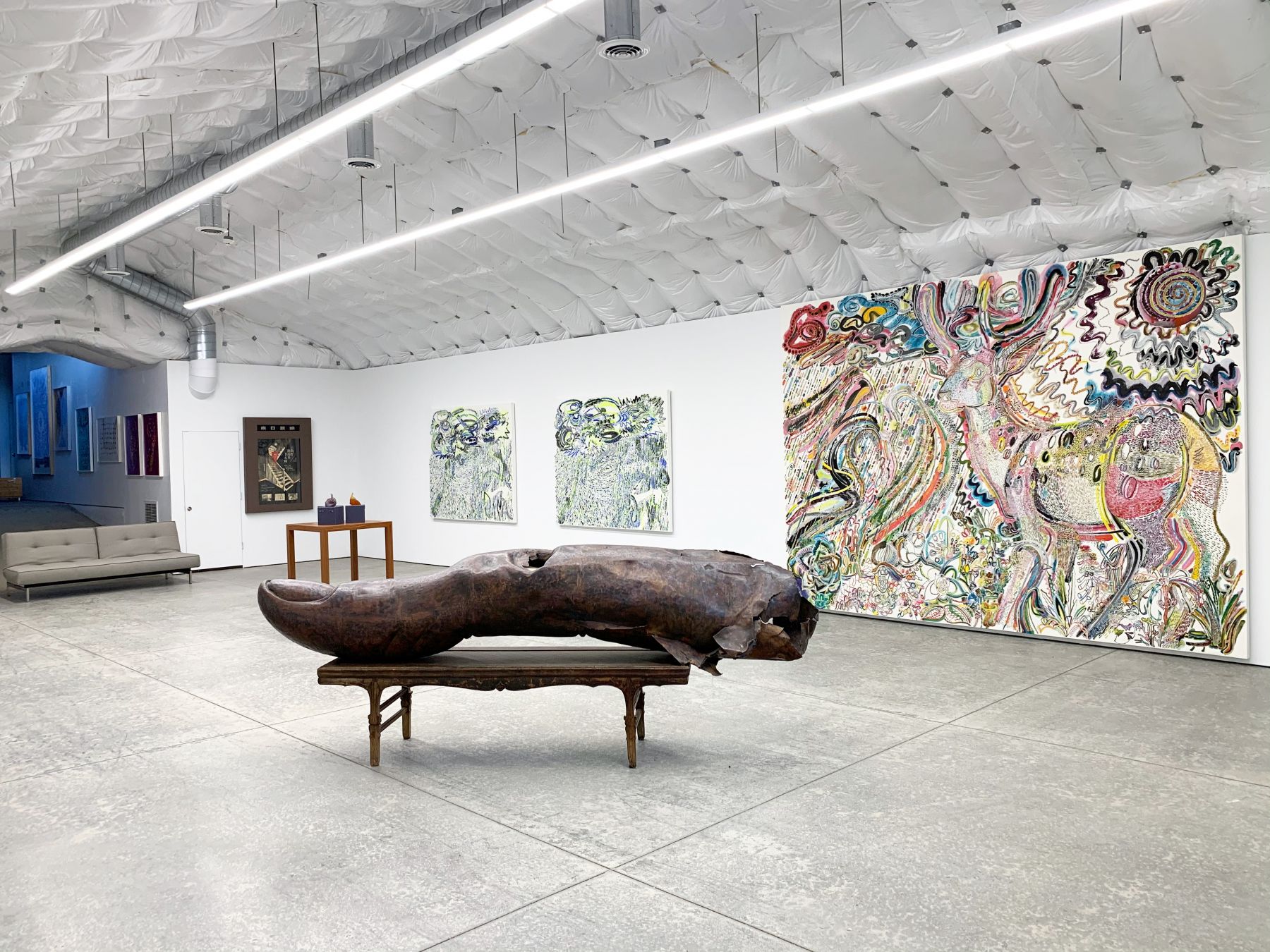 Contrasting with the political aspect of the three-dimensional works are the paintings and works on paper by Wu Jian’an (b.1980), Fu Xiaotong (b. 1976), GAMA (b. 1977) and Ho Sintung (1986), each of whom has a distinctive approach to subject matter and the technical means they have evolved to accommodate their vision. Since 2003 when Wu Jian’an worked on his first series of paper cuts in response to the SARS, epidemic, he has developed the traditional technique in a remarkably inventive way, nowhere more so than in the exhibition Infinite Labyrinth which included the three works on display. As is always the case, Divine Deer Approaches the Fierce Storm and Scorching Sun (2019) and the two related works the thematic material derives from the world of mythology. Using figurative/ narrative imagery for the first time, Wu’s first step in the complex process was to make a drawing of the figurative image which he then scanned into a computer. After disassembling each mark and turning it into a coded individual shape, the outlines were transferred to Xuan paper using a traditional ink rubbing technique. Built up in multiple layers, the original image emerges strongly although dissolves upon close inspection into a multitude of brilliantly colored, abstract marks.

Study of Perspective in Glass (Violet), 2018

Study of Perspective in Glass (Violet), 2018 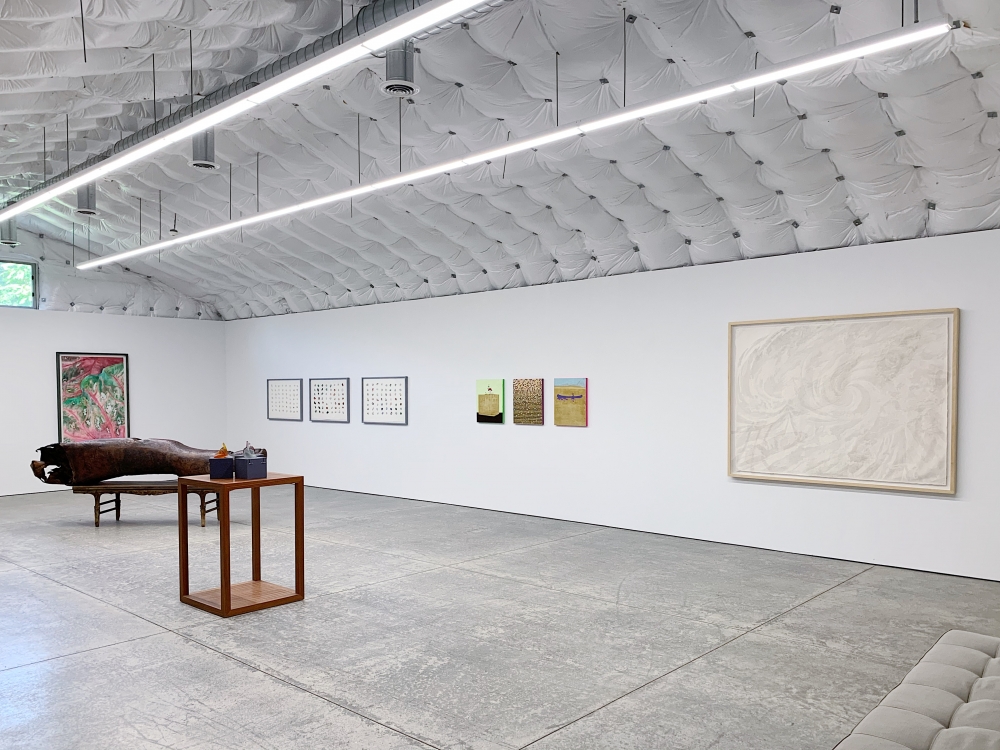 In complete contrast is the serene work on handmade paper by Fu Xiatong who studied under Wu Jian’an at the Central Academy of Fine Arts (CAFA). The abstract imagery of 956,000 Pinpricks, 2016, suggestive of organic forms and natural forces, emerges from the artist’s patient piercing of a sheet of heavy, handmade Xuan paper with a needle from a limited number of directions. For Fu, the paper is no longer the bearer of marks or washes of color but a unique material that must be allowed to speak for itself, hence the lack of color.

Five years older than Guo Hongwei, GAMA was born in Mongolia which with its distinctive culture still haunts his work although he completed his studies in Germany and currently lives in Berlin. Through an aunt who was a famous shaman, GAMA developed an intuitive understanding of mysterious forces governing human behavior, a predilection that was strengthened when he became acquainted with German fairy tales. Eclectic in his enthusiasms which range from the masters of German Romanticism Sigmar Polke and Peter Doig, GAMA’s paintings evoke a world in which mysterious forces constantly threaten to overrun the rational world. The use of gold leaf in the three small panels on display contributes a precious aspect to his work that looks back to late medieval European painting. 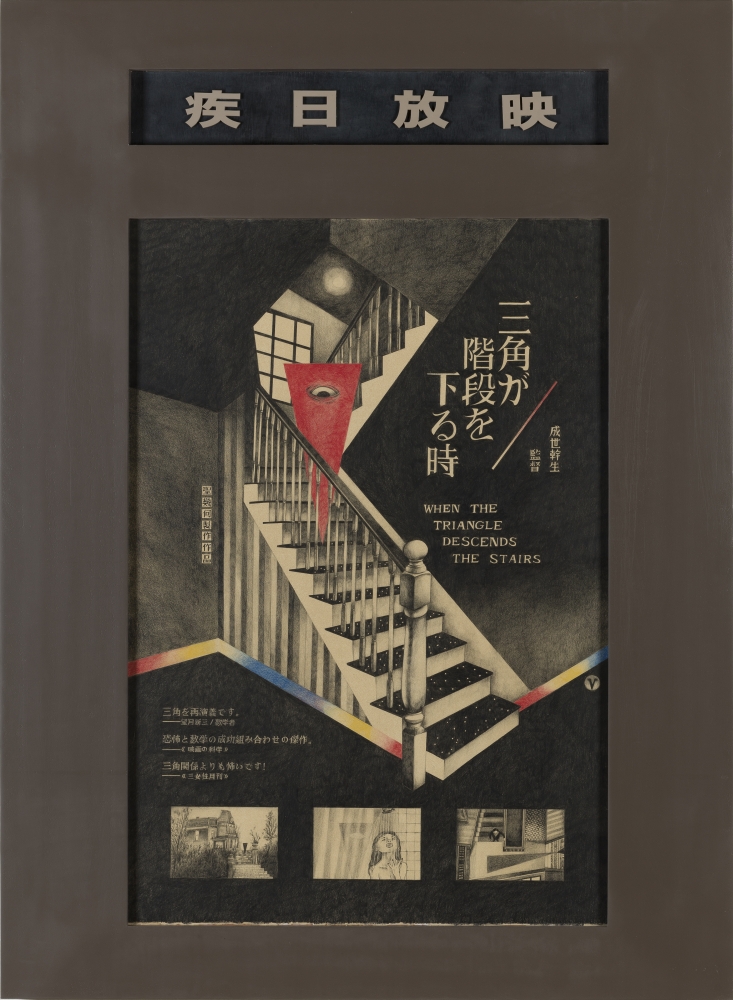 When the Triangle Descends the Stairs 三角步下楼梯时, 2016

Guo Hongwei has developed a wide following for his watercolors, notably the large sheets on which he demonstrated his extraordinary skill in depicting forms from the natural world, silhouetting them and aligning them in arrangements that recall museum displays and botanical illustrations. Cosmic Candies Nos. 1, 2, 1 and 3, 2018, belong to this aspect of his oeuvre. In The Landscape of Natural Form No. 2, 2017, however, he presents a large-scale magnification of a decaying leaf and allows the liquid washes to cover the entire sheet of paper. Hanging beside it is an oil painting from the same year, Pavilion of the Traveler’s Return, a romantic title that belies the fact that in this case the subject matter is not taken from the natural world but an inconsequential image from the internet that intrigued him. Torn posters covering an electrical fuse-box are transformed into a compelling visual image, ambiguous and challenging. There is a striking resemblance between the white patches in the oil painting and the holes in the leaf, caused by decay or perhaps eaten by an insect.

Finally and belonging to a different world, Ho Sintung’s When the Triangle Descends the Stairs, 2016, belongs to a group of works in which the Hong Kong based artist gave free rein to her passion for horror movies. Referring to Alfred Hitchock’s Psycho, the meticulously announcement of a coming attraction, executed in colored pencil on paper, attests to the artist’s subversive sense of humor, a welcome guest in a world transformed by the current pandemic.